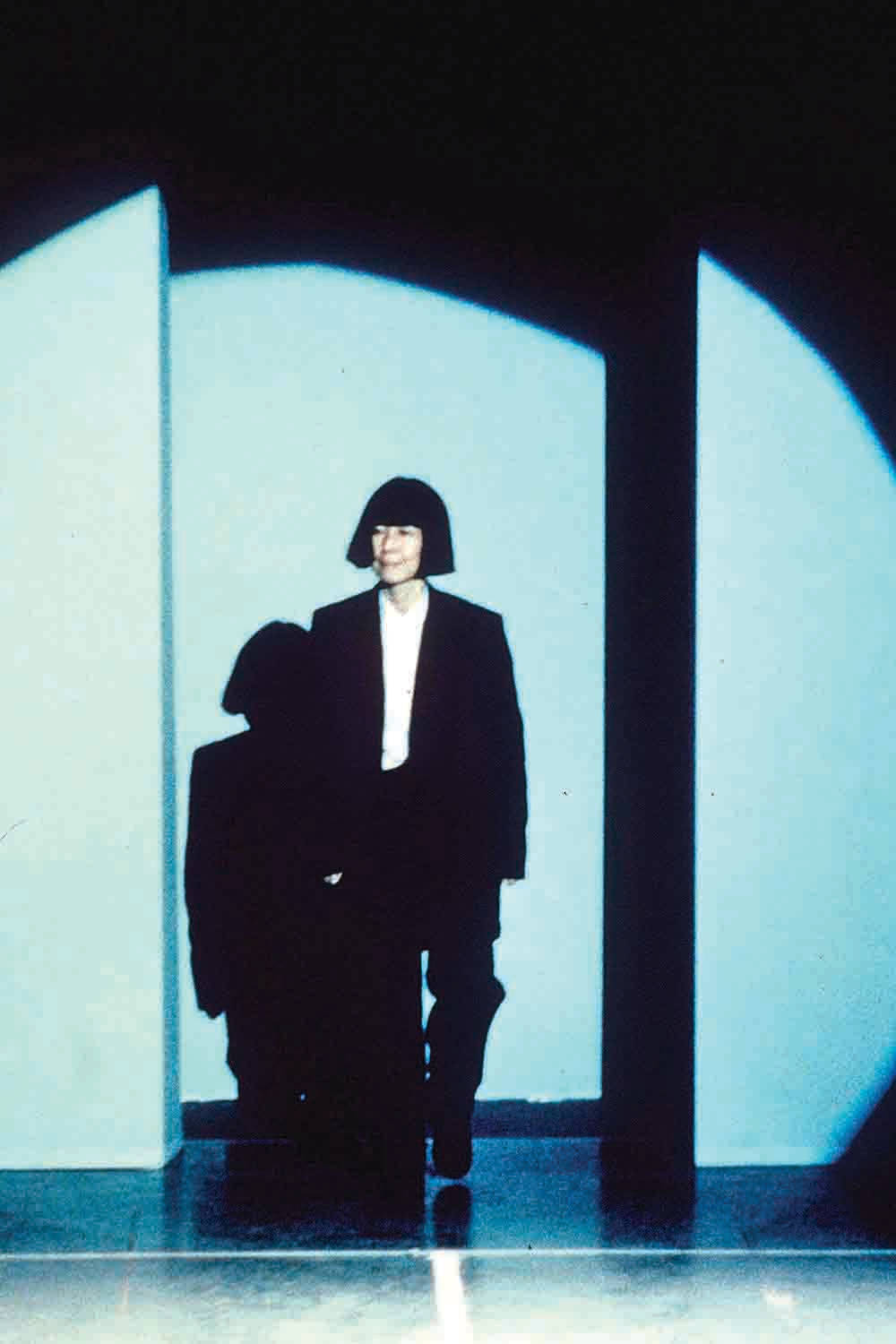 With the beginning of the month of May each year, fashion lovers from around the world concentrate on the annual Met Gala event that attracts the most famous artists, fashion designers, fashion editors and influencers in the world of beauty and fashion.

As every year, the event chooses a theme under which all attendants compete by wearing the most beautiful designs, some of which really please important personalities. 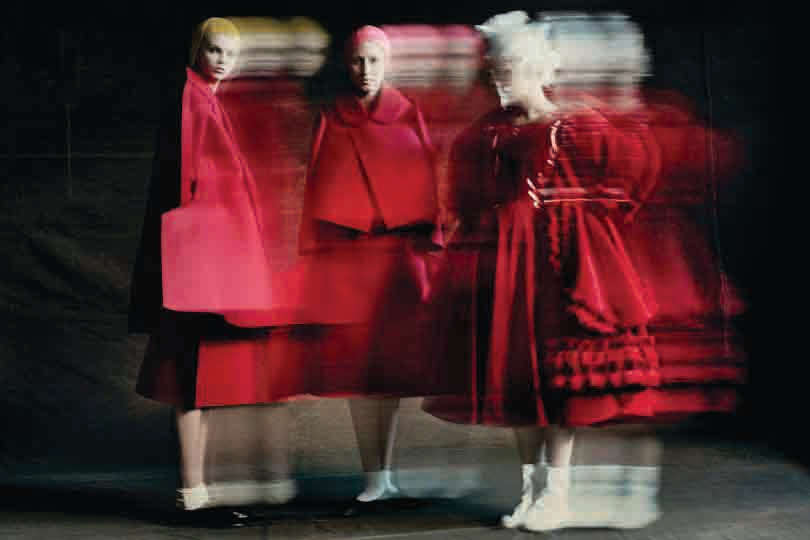 The annual fashion show organized with the Met Gala is considered the world’s most important fashion event. And for this year, the people in charge at the museum picked the Japanese designer Rei Kawakubo to be the show theme under the title of “Rei Kawakubo / Comme des Garcons: The Art of the in between”. Thereupon, Rei Kawakubo became the first alive designer to exhibit at the Metropolitan Museum after Yves Saint Laurent in 1983.Kawakubo is one of the most important and influential designers in the fashion world. She founded her label Comme des Garçons in her native country Japan in 1969 and began showing her collections in Paris in 1981.  She became since then the symbol of all that is strange, weird and artistic in fashion. 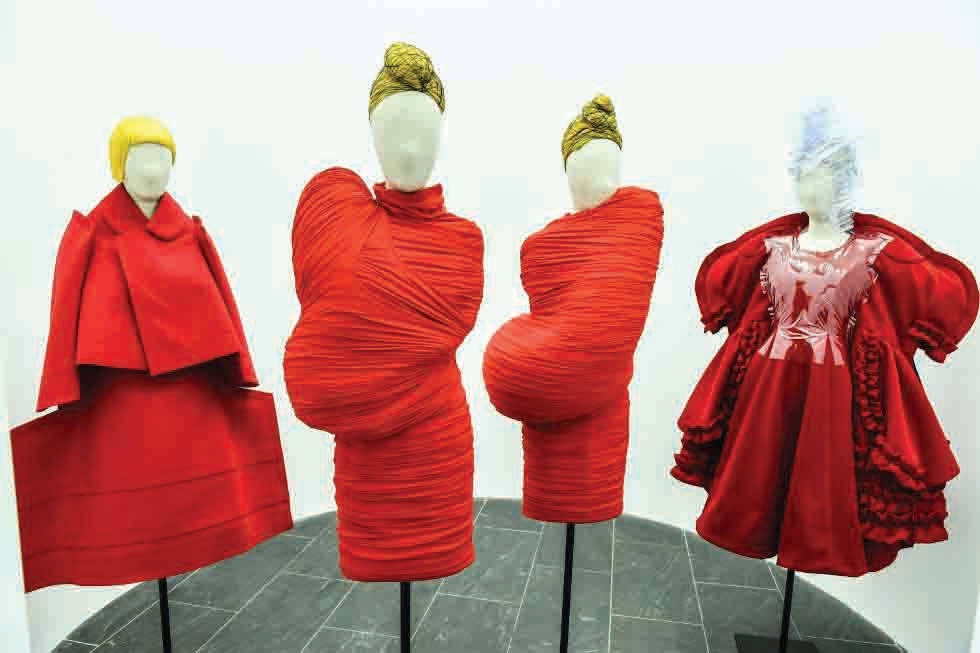 Kawakubo is considered the genius fashion dictator and she’s specialized in ripped clothes, curved designs and crimped ones as well as weird and expensive pieces. The film director John Walters said in his book about her role in fashion: Ms. Kawakubo is a goddess.

In her collections, Kawakubo works on establishing an unsettling zone of oscillating visual ambiguity that challenges conventional notions of beauty, good taste, and fashion.

The exhibition runs from 4 May to 4 September 2017, and it has been divided into 8 sections:

The exhibition features 120 pieces from Kawakubo’s collections Comme des Garcons dating from the early 1980s till this day. The pieces have been organized thematically rather than chronologically, by situating the designs within and between dualities such as East/West, male/female, and past/present. And they reflect the beauty and the charm of Kawakubo’s designs. The pieces will be displayed at eye level with no glass barriers.

The curator in Charge of the exhibition is Andrew Bolton the mastermind behind Alexander McQueen exhibition: Savage Beauty. In this context, Bolton said: “Rei Kawakubo is one of the most important and influential designers of the past forty years. She always invites us to reconsider fashion as a site of constant creation and recreation. She has defined the aesthetics of our time. She’s 74 years old and no other designer is as challenging or as brave as Rei.” 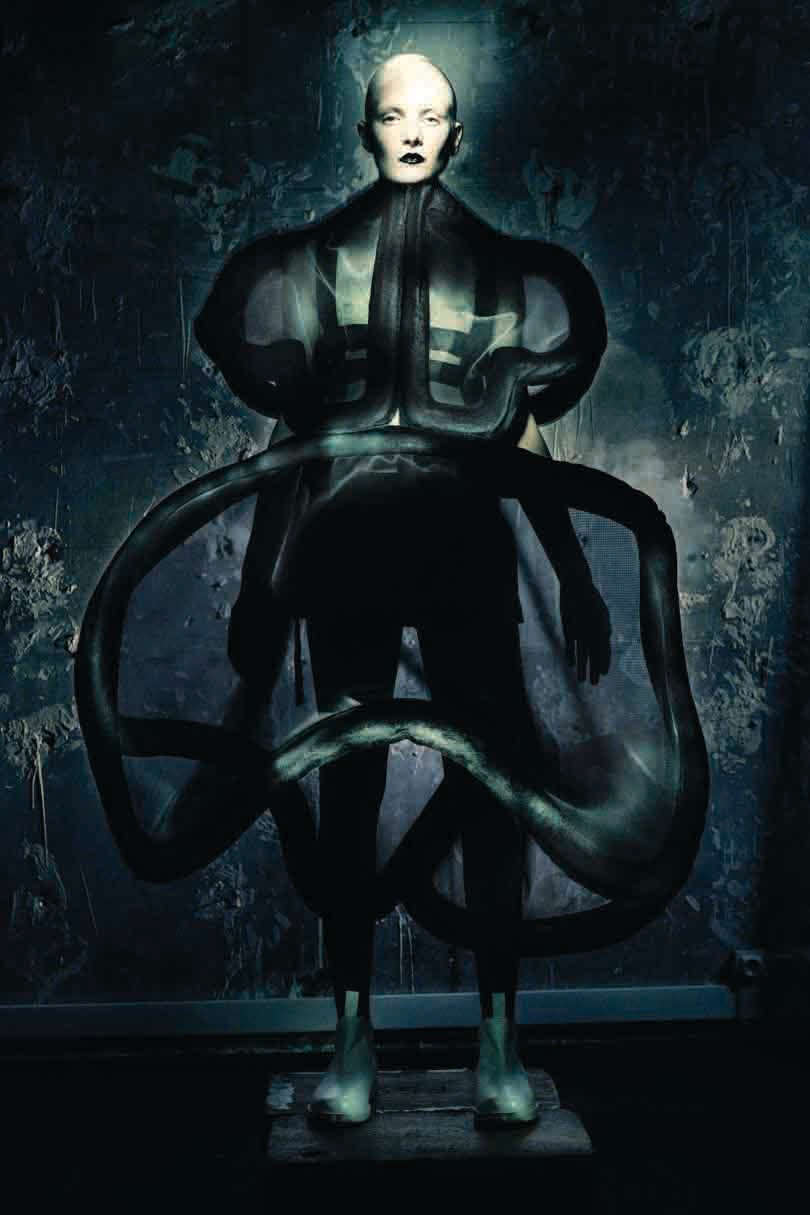 The designer is known for never wanting to define or explain her work. She lets the viewer interpret according to his personal vision. Her designs are known to be absurd and oversized out of her desire to address the most complex ideas through fashion.

Thomas P. Campbell, Met Gala’s Director and CEO said before the opening: “Curator Andrew Bolton will present a work that often looks like the sculpture in an exhibition that will challenge our ideas about fashion’s role in contemporary culture.”

While expressing how honored she was to exhibit her designs at the museum, Rei Kawakubo said, “I have always pursued a new way of thinking in design by denying established values, conventions, and what is generally accepted as norm. And the modes of expression that have always been most important to me are fusion…imbalance… unfinished… elimination…and absence of intent.”

The Comme des Garçons red carpet hosted some great collections dubbed “Hiroshima chic” by some critics. They wildly differ from the OTT glamour emerging in the 80s, where dresses came with extra “lumps and bumps” beyond which disappears the body of their wearer. 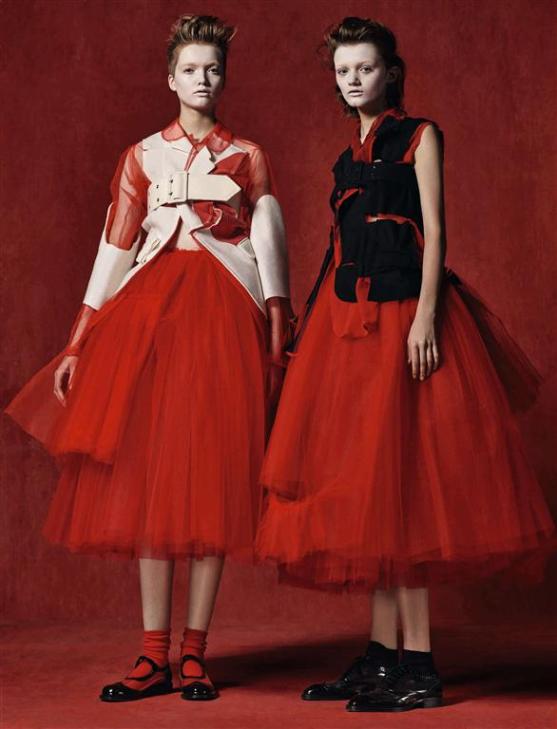 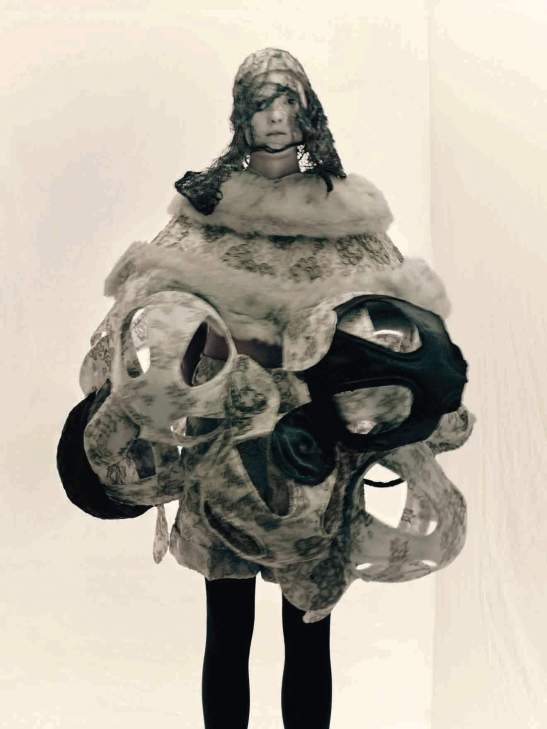 The Japanese fashion designer Rei Kawakubo founder of Comme des Garcons was born in 1942 in Tokyo. After graduation she worked at a textile company, and she went on to work as a stylist in 1967.

In 1969, she founded her own limited company, “Comme Des Garcons” in Tokyo, where she started with women’s fashion and then added the men’s fashion line in 1978. Two years later, she moved to Paris and started to present her fashion line each season, and at the same time she opened her first boutique in Paris. After her success in France, Comme Des Garcons became famous throughout the world.Comme de Garcons is a company specialized in fashion. Its designs mostly lack of sleeves or other components and they initially come in black, dark gray and white, but today bright colors have been introduced into the brand and the pieces are often worn with military boots. 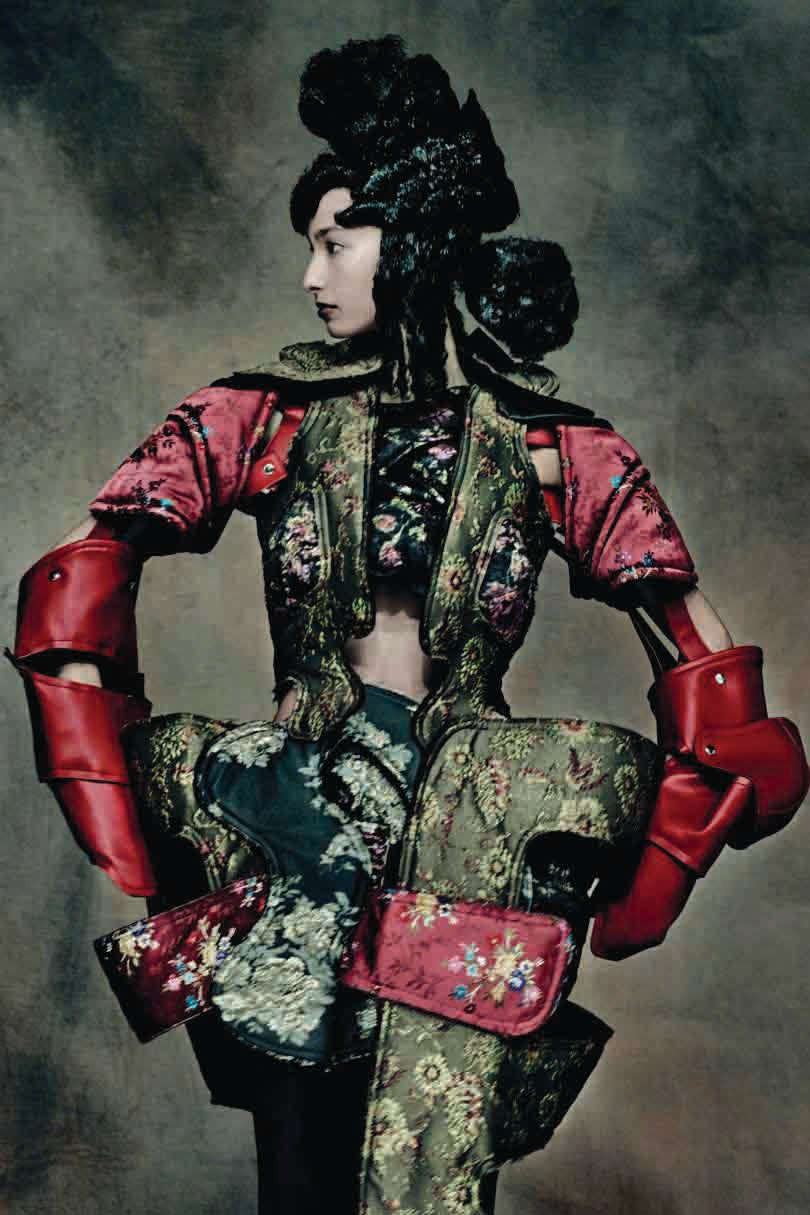 Kawakubo is known for its far-flung approach to everything that is commercial and her embrace of art, which sometimes reaches a degree of surrealism in its deconstructive style. This method has helped her succeed in guarantying a world-class position that is respected by everyone, especially that she has never abandoned its artistic principles, in her financial crisis, or by breaking into the fashion world with her strange and bold ideas at a time people were sanctifying classic fashion.The designer, through Comme des Garçons, adopts a message that says that fashion is not a mean of imprisoning women, it is a mean of liberating and empowering them; and that they can compete with men on power while preserving their full femininity.

Kawakubo was the inspiration for many designers, including Stefano Pilati, the current designer at Yves Saint Laurent and Marc Jacobs, the designer at Louis Vuitton, who requested from her to design six bags for the famous French Brand. 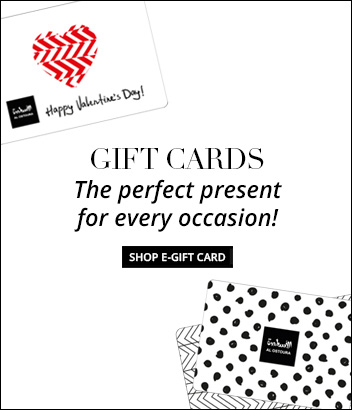 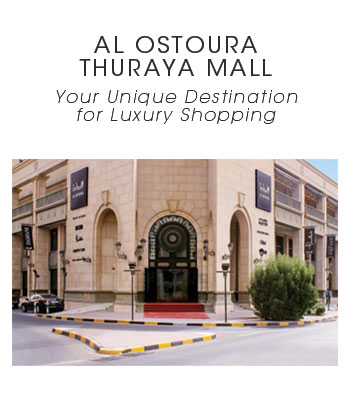