Usually I introduce myself as Issa Hashimi – film composer, music producer, and art lover, and instrumentalist of different musical instruments. I love people to know me by my art; it is a faithful reflection of what I am. 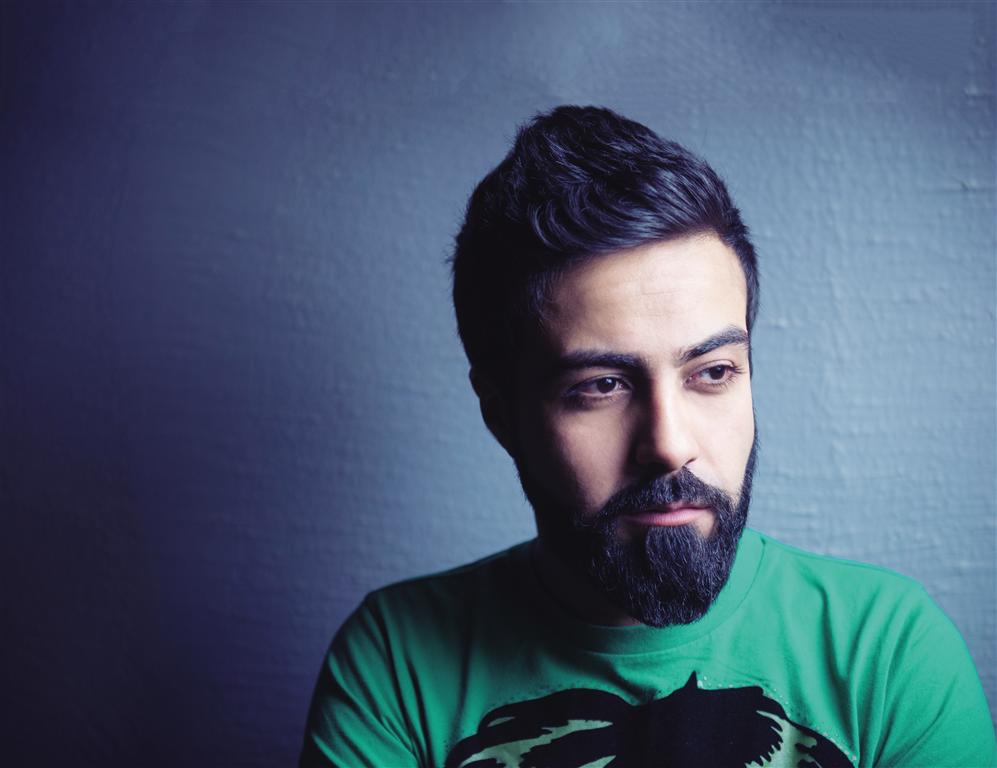 What is your biggest passion life?

My biggest passion is making music. It is the universal language of mankind.

When did you enter the world of music?

When I was 13 years old, my older brother formed a band with his friends. They used to play in our house and allowed me to sit and listen to their music. My career with music began when one of the band members decided to leave the band to study abroad, so I started on the keyboard to play the sound of drums to set the rhythm for the band, and since then I adore music.

When did you know that music was your destiny?

In that early period of my life when I decided without the knowledge of my brother to distribute one of the band’s songs. I worked silently and alone and when my brother heard; it all began. 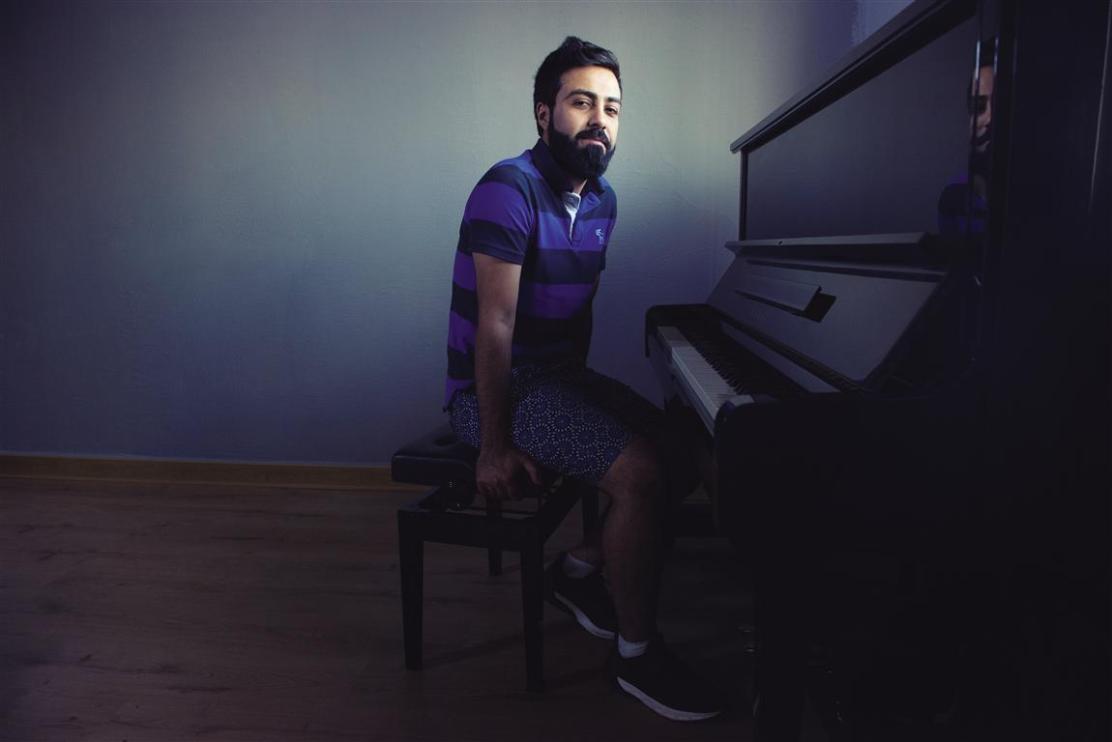 How did you figure out your favorite musical instrument?

At 19, I visited a musical instruments store in Kuwait. I knew I would love the place so I decided to work there. I applied and they accepted. It was a great opportunity for me to know all forms of instruments. When the band broke up all the instruments were sold; only the guitar was left in our house. So I took it and played it although I prefer the keyboard. During the four years that I worked in the shop I had the opportunity to get to know all the instruments and practice them.

How did your music enter the world of movies?

After I learned to play several musical instruments and gained artistic confidence, I got to know a group of local directors, cameramen, and filmmakers. This way my music began to be used for television, film businesses, and commercials. From here my artistic and practical future began.

What is about your impression of art in general in Kuwait?

I believe that art in Kuwait does not get the required attention; although Kuwait is known for embracing arts in all its forms. Our generation is working hard in order to leave our artistic mark in the history of our country. All we have to do is focus on specialization, and open the doors of cooperation with the right person for the right task.

Do you think that the spirit of an artist is reflected in his work?

Certainly, otherwise it will not be his work. An artist does not only invest his time, but also his emotions and feelings in his work. He derives his strength from the daily experiences and observations to produce a piece of work that represents a deeper human dimension.

What is your biggest achievement until today?

I do not think that I have any “big” achievements. I have big dreams that will be achievements in the future.

Do you think you’ve found yourself?

Yes, I found myself because I found my passion in life. When an individual finds himself in difficult experiences, they strengthen him and encourage him to continue.

Tell us about your music and songs.

In the world of soundtracks, magical moments happen when you add the right melodies to the right scenes. Viewers get affected by the scenes that combine the images with the music to show the audience an integrated work. 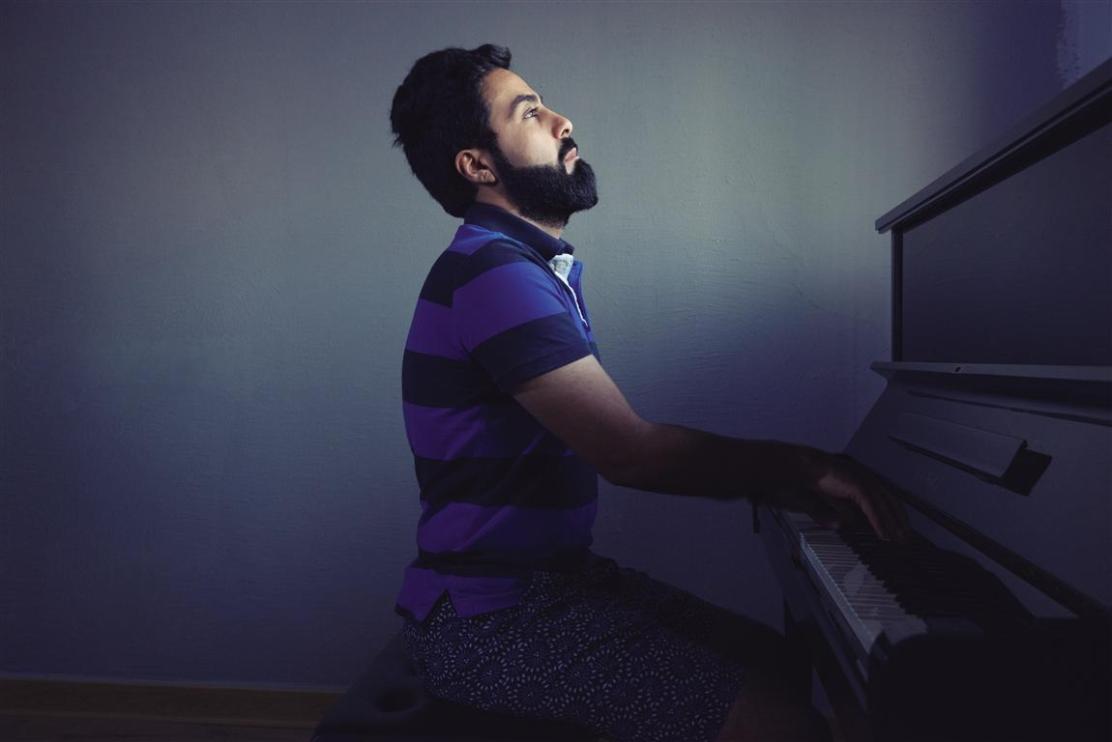 What is the main factor for creativity?

Setting a goal and working in a quiet environment to achieve it.

What is a dream you wish to achieve?

I hope to see a great orchestra of Kuwaiti musicians traveling around the world, so other people and cultures get to know the rich art of Kuwait.

Name a goal you are trying to accomplish.

Creating a healthy and open environment for young people in Kuwait who love music.