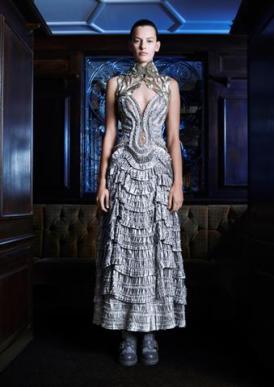 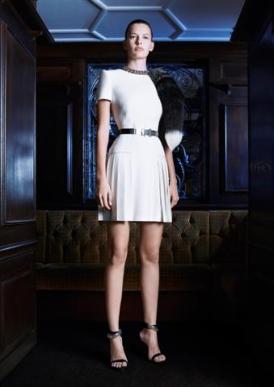 The silhouette was high-waisted, ankle-length. Crushed frills and ruffles added a funereal Victorian edge. Another key detail: basting stitches, emphasizing the construction of tailored pieces. The fabrics were boiled cashmere and heavy washed satin and silk. The decoration was embroidered flowers, silver poppies and tulips jacquard-ed by hand, so weighty they felt like the decadent essence of Baudelaire’s fleurs du mal. There was no light in the collection at all. The accessories compounded the mood. All of them had the sinister flair of threat, not promise: necklaces like heavy silver dog chains, foxtails dangling off those same chains, belts that were straightened silver coat hangers, boots that were glam bovver, a harness of silver bugle beads attached to a collar of garnet red beaded roses.

The pretties sporting such items could have been the consorts of Bill the Butcher, the psychotic crime lord from Scorsese’s Gangs of New York (and an archetype that McQueen himself drew on in one of his last men’s collections).
Jacquard Florals 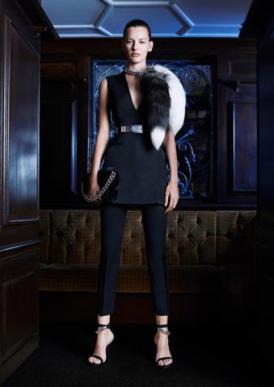 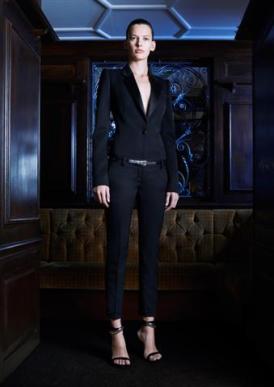 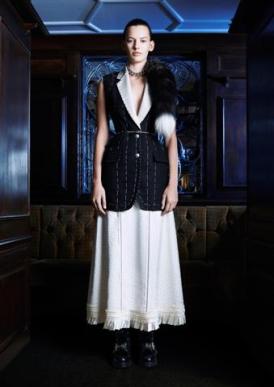